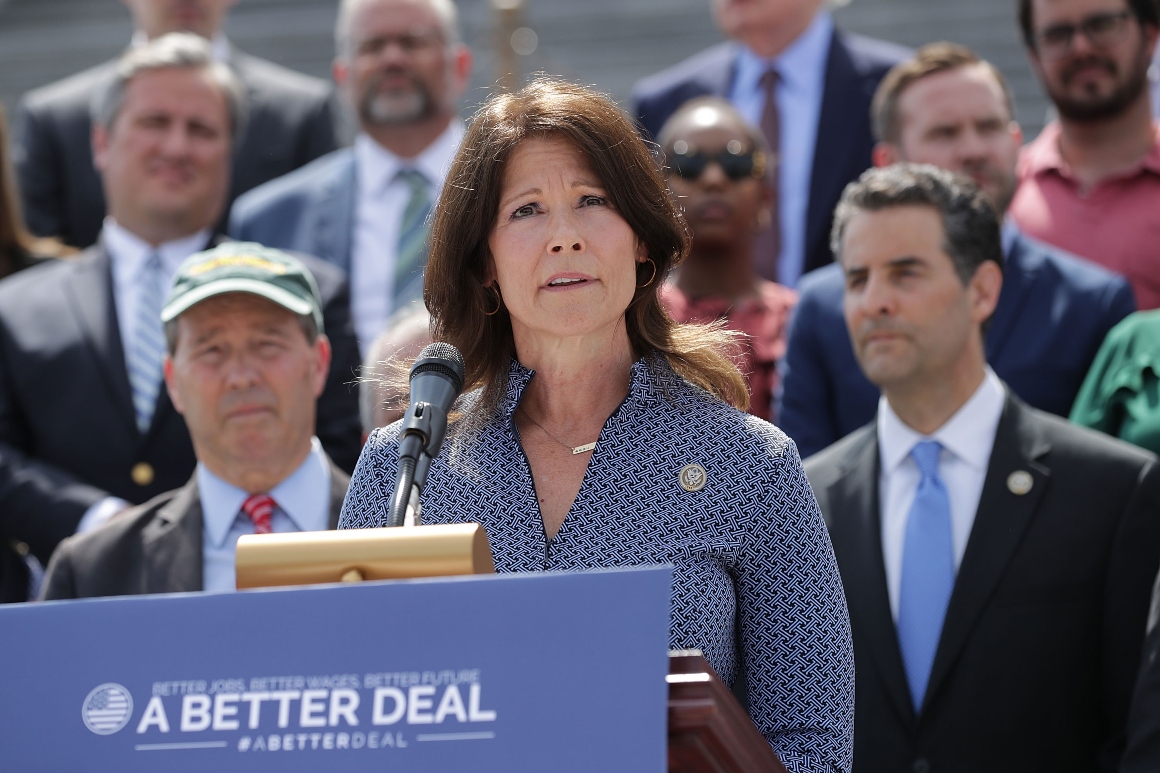 The Illinois Democrats’ own reelection battle was far more competitive than expected. Sensing opportunity, national Republicans dumped money into the race in the final days and ultimately Bustos beat Republican Esther Joy King by about 4 points.

“I want you to know that I will not seek another term as the Chair of the DCCC,” Bustos said in a Monday afternoon letter to her colleagues. “Instead, I will focus my efforts legislatively to help President-elect Biden and Vice President-elect Kamala Harris as we Build Back Better For the People.”

In her letter, she said she was “gutted at the losses we sustained” and vowed to begin “a transparent after-action-review to better understand why the national polling and modeling environment failed to materialize — not just for House races, but also up and down the ballot from the presidential to Senate and state legislative races.”

Under her leadership, the DCCC had a record fundraising year — despite a sharp economic downturn and a global pandemic that forced much of the U.S., including Democratic canvassers, into lockdown this spring. And Democrats held the House despite Trump’s unexpected resilience.

In a statement, Speaker Nancy Pelosi credited Bustos for her fundraising prowess and “political astuteness” in protecting the Democratic majority amid the added challenge of the coronavirus pandemic.

“Strengthened by the values of the heartland, Chairwoman Bustos shaped a mainstream message, mobilized effectively and attracted the resources to do so,” Pelosi said in a statement.

Few have attributed Democrats’ loss to a lack of outside funding or support; nearly no incumbent was outspent on TV by a GOP opponent or super PAC. Instead, Democrats have pointed to an array of factors

, from the lack of ground game in districts like south Florida to the potent GOP attacks on “socialism” and other left-wing slogans.

From the start, Bustos had a rocky tenure at the campaign arm. She drew scrutiny from Black and Latino colleagues who claimed she did not have enough diversity at the upper echelons of the committee.

Bustos won a four-way race for the DCCC after Democrats took back the House in 2018, beating Reps. Denny Heck (D-Wash.), Maloney and Suzan DelBene (D-Wash.). Bustos pitched herself as someone who knew what it took to get reelected in rural areas and in seats that Trump carried in 2016 — her northwest Illinois seat fits both descriptions.

The upcoming redistricting poses another challenge for Bustos, particularly because Illinois is poised to lose one if its 18 seats in the redraw. She likely will be competing for Democratic-friendly voters in northern Illinois with freshman Rep. Lauren Underwood (D-Ill.), who faced a surprising close reelection race in a Trump-won district. (The AP has yet to call the race.)

Senate Armed Services Chair Jim Inhofe (R-Okla.) said that while he agrees with Trump on Section 230, the provision “has nothing to do with the military.” “You can’t do it in this bill....

Leaders in both chambers have said they must confront the coronavirus crisis before Congress leaves likely next week until the new year. But there’s no agreement on how to do that and only days...