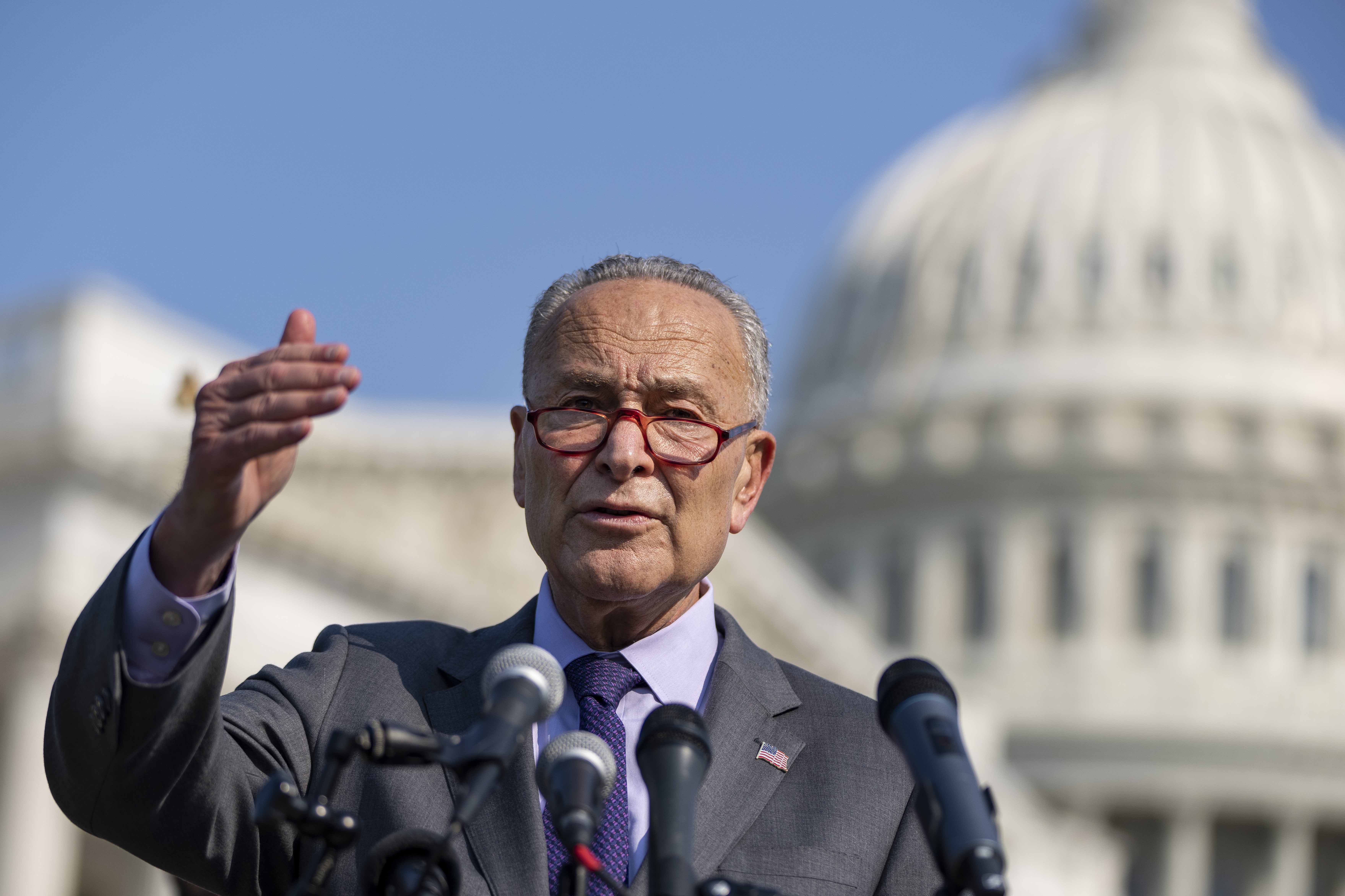 Portman added that he didn’t know “exactly what time a cloture vote might occur,” but guessed it would be “tonight sometime” based on Schumer’s comments. He said he was ready “to have a healthy debate here in the chamber.”

The possible Wednesday vote is a sign that negotiators are closing in on a final deal. Schumer held a vote last week to begin the process of passing a cross-aisle infrastructure plan but Senate Republicans blocked it, asking for more time to finalize a deal.

GOP negotiators huddled with Senate Minority Leader Mitch McConnell. But it’s not clear if 10 Senate Republicans will vote to proceed.

Senate Democrats will also meet for a special caucus meeting at 1 p.m., according to a Democratic aide.

The group, led by Sens. Kyrsten Sinema (D-Ariz.) and Rob Portman (R-Ohio), announced a framework with President Joe Biden last month that would include nearly $600 billion in new spending on roads, bridges and broadband. But translating that framework into legislative text has proven challenging.

Sen. Lisa Murkowski (R-Alaska), a member of the group, said Wednesday that she planned to vote to move forward on the bipartisan bill. “There is a strong, solid number of folks on both sides of the aisle that want to get on an infrastructure package,” Murkowski told reporters. “In fairness there’s a lot that many of our colleagues have not been read into.” Sen. Mitt Romney (R-Utah), another bipartisan negotiator, said that he would do the same and was optimistic that the group would get the requisite 10 Republicans to sign on.

Some Senate Republicans, however, were more skeptical about the vote, saying they wanted to see legislative text and a score before moving forward. Committee chairs have also expressed frustration with the process.

“This idea of getting on a bill that’s still being written is still a bad idea,” said Sen. John Cornyn of Texas, a close McConnell adviser. “We’re going to insist upon amendments because this bill’s been negotiated by 20 people but there are 80 other senators.”

Schumer has long insisted that the Senate will pass the bipartisan infrastructure package and the budget blueprint for the $3.5 trillion social spending before leaving for the August recess. Earlier this week, he suggested the Senate could stay in through the weekend to finish up the bipartisan deal.

Tanya Snyder contributed to this report.

link to Congress wakes up to its staff retention problems after Covid, bomb threats and riots

“I have friends doing really valuable work, doing good for the world, and they have pretty regular hours. And they don’t think about dying at work, or what they would do if something happened,”...

Hoyer warned lawmakers on Friday that House leaders might have to add extra voting days in October to accommodate a jam-packed schedule, including passage of President Joe Biden’s massive social...